Change-Making in the Workplace Series: Getting into DE&I Work

Tufts Career Center’s Career Fellows Ismenia and Jesse recently moderated a panel on Change-Making in the Workplace. We will be breaking down that conversation into smaller blog posts, but if you are interested in watching the whole panel, you can do so here!

Getting Into DE&I Work:

Can you please share how you got to where you are today, specifically doing DE&I work within your organization?

Gabby: For me, with DEI work, I’ve been involved in it either tangentially or actually in a role for a little while. While I was an undergrad, I actually was a diversity recruitment intern for the [Tufts] undergrad admissions office, so that was like my first official title in this work. But, actually before that, I was in an academic program for high school, it’s called A Better Chance (also known as ABC), where I was a boarding student and I lived in and I moved away from home and that actually was the introduction, although I didn’t realize it at the time, to like DEI programming. Just the fact that it existed I was the diversity being brought to that school in that environment, so that was actually the foundation for me. But in regards to like actually being able to do the work, I was again with undergrad admissions, I was a diversity recruitment intern and then I actually went back to that program [ABC] after I finished at Tufts and went back as a tutor. So not in a DEI role specifically, but again, working with those types of programs. Then I came back to Tufts and I was in grad admissions working as a grad admissions assistant but you know for us, especially at Tufts and in admissions office, DEI was really infused into the work that we were doing. And then I joined HubSpot and I was working in a completely different department, I was doing Customer Success, but I was really involved in our Employee Resource Groups [ERGs] and DI&B [diversity, equity, and belonging], as we call the efforts at HubSpot, and now I’m in the role that I am in today of Diversity, Inclusion, & Belonging Program Manager. 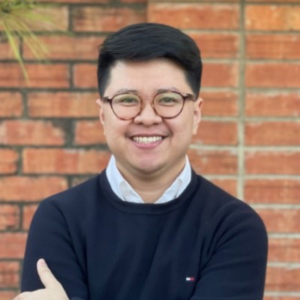 Phuong: I think because of the identities that I carry and my lived experience, I’ve always been drawn to mission driven work. When I came to Tufts, I was also new to the US as an immigrant from Vietnam and I didn’t think that I would go to college to study about race, but that’s what I ended up doing. To this day, I cannot fully explain to my family what exactly I studied in college, I majored in American Studies by the way, but what my time at Tufts did for me was exposed me to the myriad different oppression systems and the systemic inequities that exist in this world. So after graduating from Tufts, I went to work in college access and college transition work at the Posse Foundation and I was based in the Houston office. In my work, I recruited and supported predominantly first-gen, low-income student of color at Bryn Mawr College and UT Austin. During that time I realized how schools often said that they wanted to bring in the students from historically marginalized background, say DACA/undocumented students, but they’re not aware of or prepared to provide support of resources that these students need to succeed. So I decided I wanted to learn more about how higher education works and how I can impact change from within. That’s when I decided to pursue my master’s degree at Stanford Graduate School of Education. I focused on higher education and non-profit leadership there and when I decided to go to grad school, I thought that one day I would want to work my way up to become a Dean of Students and work in Student Affairs, but that’s when I also got recruited to my current job. I realized I can also play a role to impact change at a larger scale by helping organizations to find leaders who also committed to social impact and change and that’s how I ended up where I am right now.

Reema: I think people who do DE&I always just have a completely different start in the work, but I think you always have a passion for it. There’s something that to do this work you have to feel connected to it in some way and so it’s really interesting to hear both of your stories because we all have completely different ways that we got here. I think for me, my interest probably started when I was just a kid, I mentioned I am a Lebanese-American woman, so when I was at home, I was like raised to be Lebanese and then went to school and then learned how to be American. So it was understanding race and the American experience and just how different things worked. I think I sometimes felt like I was obviously living it, but then on the outside kind of watching at the same time. I was really fascinated with people and culture and understanding like what was going on in this world. I started off in publishing and was bored and then ended up working in higher education. I was an Assistant Director of Student Activities for a long time at a couple different community colleges in New Jersey and started building out my leadership development and then I worked for a national leadership society and honor society with colleges across the country for six and a half years and I built leadership development curriculums and programs. It started becoming more like talent development and then focusing on diversity, equity, and inclusion within college campuses. It just kept growing and then I brought that over to the 4A’s and first started really focusing on partnerships within the [advertising] industry, but then moved into this role and really got into being the North Star for the industry on diversity, equity, and inclusion. I feel like it’s been ingrained in every part, whenever you’re talking about leadership development and you’re talking about building leaders and building teams and organizational development, you can’t not have diversity, equity, and inclusion as a big part of that. So yeah we all come into this work in completely different ways, but it’s cool to know that we’re all doing meaningful work.