This year’s Arts, Communications & Media Networking Night on Thursday, March 31 will kick off at 6pm with a panel consisting of 5 Tufts alumni who currently work in Media & Arts. The panel will be moderated by Leslie Goldberg (also a Tufts alumna) who is the Internship Administrator for the Film & Media Studies program. The panel will be followed by 1 hour and 15 minutes of virtual networking, where you’ll be able to speak with artists/employers/organizations in Zoom breakout rooms, rotating between rooms to speak with different individuals every 15 minutes (5 rotations total). We hope you are able to join us for this interactive evening event on Thursday, March 31st, from 6pm-8:15pm.

Visit this page to see a complete list of alumni and employers participating in the networking segment of our program. We encourage you to think about which individuals you’d like to chat with in advance! You’ll be able to ask them about their day-to-day work, what they love (and don’t love!) about their jobs, and how they made the most of their time at Tufts (internships, clubs, classes & more). You can also get their advice about breaking into similar career fields and standing out during the job/internship application process. 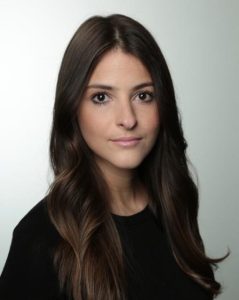 Berman was featured in Variety’s 2015 class of “Hollywood’s New Leaders” and in Broadcasting & Cable’s “18 Under 34” list. Berman joined UTA in 2011 after beginning her career in the agent trainee program at ICM. She received her B.A. in English from Tufts University. 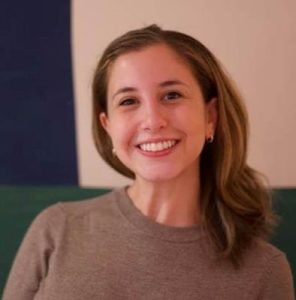 Maya Blackstone is a producer for CNN+ a new streaming service launching this year. A Tufts 2017 grad, Maya majored in Film and Media Studies and Drama. After graduation Maya got her start at New York 1 News where she covered crime and politics across the city. Maya is a 2019 graduate of Columbia Journalism School. After graduating, Maya coordinated live video coverage at the New York Times and created news packages and clips aligned with breaking news events. Her reporting highlights include the run-up to the 2020 election and Coronavirus in New York. When she’s not covering the news, Maya enjoys nature where she can find it in the city, and she is on a continued quest to find the best pizza. She grew up in Chicago and is currently based in Brooklyn. 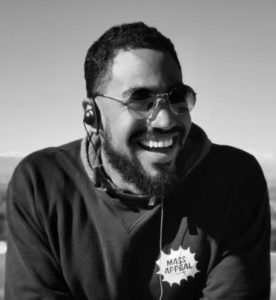 After graduating in 2016 with a Bachelors of Arts in Political Science and a minor in Communication & Media Studies, Akene moved to Los Angeles to work for William Morris Endeavor (WME), the preeminent talent agency. During his time at WME, Akene worked in the Non-Scripted Television department and later worked as the Executive Assistant to the CEO, Ari Emanuel. Pivoting to a career more focused on creative development, Akene transitioned to a role at Mass Appeal Productions. Here he collaborated on various projects such as NFL’s “My Cause, My Cleats,” Hulu’s “Around the Way,” and Showtime’s Emmy-nominated mini-series “Wu-Tang Clan: Of Mics and Men.” Akene is a member of the IATSE Union as a Freelance Camera Operator, where his production credits range from scripted feature-length movies, documentaries, and scripted and non-scripted TV shows. As the pandemic brought many new challenges to the world of production, Akene sought a new opportunity at Frame.io, a tech media company acquired by Adobe. In his current role, Akene utilizes his creative production background to assist a range of clients integrating media collaboration software into their workflows. While continuing to grow within his role at Frame.io x Adobe, Akene aspires to develop a pipeline for underrepresented creatives and increase accessibility to opportunities within the industry. 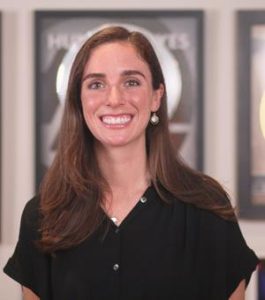 Amanda Giles (Tufts 2019) is a Senior Business Analyst at Gupta Media, a digital advertising agency located in Copley Square. She has been at the company since graduation and currently works with brands like Amazon Kindle Unlimited, Amazon Publishing, Fender Play, Country Music Hall of Fame, Academy of Country Music, and more. 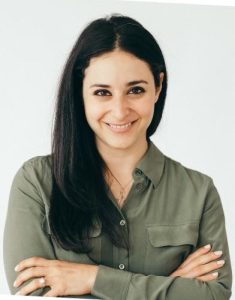 Meredith Turits is the editor of BBC Worklife, a features vertical of BBC.com. She is a founding editor of Bustle, where she served as senior culture editor, as well as a former editorial director at Time Inc. and associate digital editor at Glamour magazine. Her nonfiction and fiction has been published in Vanity Fair, ELLE, the New Republic, Rolling Stone, Electric Literature and more. She is a 2009 philosophy graduate of Tufts and has additional certifications in behavioral finance from Duke University and women’s entrepreneurship from Cornell University.