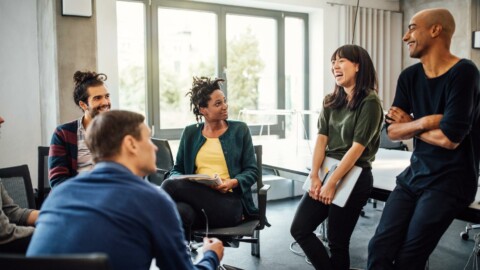 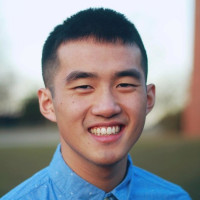 Career Fellow David Zhao ’21 shares his story of how career discovery programs can help you explore top companies in career fields like finance, consulting, and tech.

As an underclassman, there are few opportunities to engage with companies, especially prestigious firms like Goldman Sachs, Google, or Microsoft. Most firms don’t target freshmen and sophomores for internships, so what can you do realistically? I recall being in this exact spot three years ago as a freshman. I had no idea what I wanted to do and to be honest, I didn’t believe that I was capable of working at the likes of such prestigious companies. Fortunately, an upperclassman who was far more knowledgeable encouraged me to apply to Early ID programs, and because of her, I later attended Goldman Sachs’s Undergraduate Bootcamp as a sophomore. In retrospect, I can say without a doubt that my decision to attend the conference changed my undergraduate career for the better. It facilitated my career development, boosted my resume, and most importantly, demonstrated that I had a place at the firm.

There are dozens of early engagement programs across numerous industries. Regardless of your interest, there will likely be a program that matches what you’re searching for, from Goldman Sachs to HubSpot and even general development programs like SEO and O4U. When I initially discovered that these programs existed, I unintentionally limited my search to only finance and consulting conferences because that was my interest at the time. With the benefit of hindsight, I now recognize just how big a mistake that was. The process is the same as choosing a major or picking classes. There’s no harm in venturing past your comfort zone, and who knows — maybe it’ll lead you to a career path you never thought possible.

Acceptances to these programs significantly improve your candidacy. I attended the Goldman Sachs Undergraduate Conference in February of my Sophomore year. On a company-level, these programs are the greatest indications that you want to work there. I felt nervous about the recruiting process because I didn’t have referrals or extensive experience preparing for a career in finance. I had only discovered an interest in companies like Goldman during my sophomore year. Attending the conference was a ticket that would eventually propel me into a junior internship at Goldman Sachs.

Early ID programs are pipelines. When I applied to Microsoft’s finance program as a senior, I realized just how much of an impact these programs had on the recruiting process. General applications opened up in August, yet roles for interns and new grads filled up immediately. After some research into accepted candidates, I realized that nearly half the students previously attended Microsoft’s Finance Leaders in Technology Workshop. For them, interviews began in May, three months before applications even opened for the general public. These programs aren’t just a fun experience for you to explore your interests; they’re also early recruiting pipelines.

Here’s a list of programs to start looking into! Many target students who are underrepresented in these career fields; visit the websites for deadlines and eligibility requirements.